My episode of Love of Quilting 3000 series- Quilting for Drama, Direction, Diversion 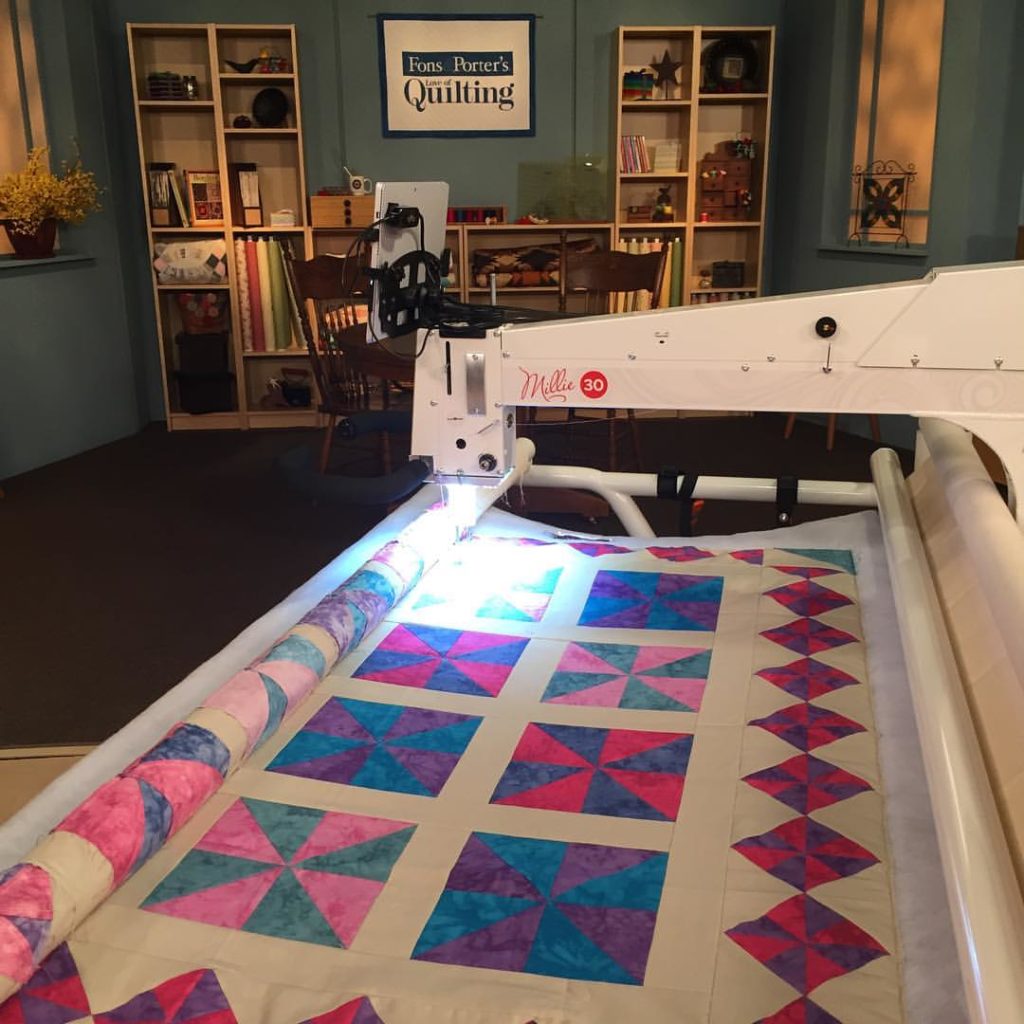 Back in April I was once again invited to head to Des Moines to record an episode of the Love of Quilting public television show. The program focused on how to use your quilting lines to help you if your patchwork isn’t perfect. I showed how the quilting can work kindly with a design’s flaws while emphasizing the good and de-emphasizing the flaws. If you live in Kentucky, Indiana, or Ohio and receive KET (our local PBS affiliate) you’ll be able to watch this episode this Saturday, Oct. 7, 2017 at 11:30am EST. If you live elsewhere in the country, you’ll want to check your local PBS station’s schedule.

Take a look at this snippet from the show all about how to put your quilting designs to work, and make your patchwork pop!

For this show I used a quilt top created by one of my super quilty friends, Steve Tippets. I first met Steve a number of years back when his booth was positioned next to my booth at the Hampton, VA quilt show. He and his wife own the Sew Very Smooth company and I love their products- and them!

At each of the shows I’d work, I’d run into Steve and began to see that he was working on a polka dotted quilt top. It was his very first quilt top and I teased him that he should call it the Quilt Pox quilt because he was now infected with the quilting bug. He finally finished it up and I saw it hanging in his booth at the Paducah quilt show in 2016. I told him I wanted to quilt his first quilt and he graciously allowed me to smuggle it out of his booth and into my bag.

I’m working on a sweet friend’s first quilt today! I’m hoping to get it done in time for my flight Tuesday to the AQS quilt show in Grand Rapids, MI #longarmquilting #quilting #apqsquilting @sew_very_smooth_steve #quiltweek

Now, Steve will be the first to tell you that there were some piecing issues with his top. After all, he’d never pieced before! Some of his points got cut off in his pinwheels and I knew I wanted to pull the eye away from those small imperfections. I put a loopy flower in each of the main pinwheels and then used that same design in the outside smaller pinwheels. In the sashing spaces I did a gentle curve that created larger circles that emphasized the dot theme of the fabric by making bigger quilt pox!

In the outside border I played with some rulers and templates to give a swag effect combined with straight line quilting. You want to know the best part, though? The best part was when I got to surprise Steve with his quilt when I saw him at the Grand Rapids quilt show. He was knocked over and absolutely loved his quilt! You know, I truly love my job but the sweetest days are when you unveil a quilt for a customer and watch them swell up with happiness over how great it looks. What a wonderful reward for a job done!

Here it is finished! It is just waiting for binding. This is my sweet friend @sew_very_smooth_steve ‘s first quilt! #aqsquiltweek #patchwork #apqsquilting

I took Steve’s Quilt Pox with me to the Spring taping of the 3000 series of the Love of Quilting show. In this episode I got to work with Sarah Gallegos for the first time and it was great working with her. Being on set is always nerve wracking but you must trust me when I say that the staff knows exactly what to do to make you comfortable.

Another show is now done! What a privilege it is to be on @fonsandporter Love of Quilting with @sewpositivelysara. We played with the new @apqsquilting Mille30 and did a little ruler work too. Can I do this everyday because it is so FUN!! #longarmquilting #quilting #quiltedjoy #patchwork #quiltsofinstagram

I had Steve’s quilt up as an example but on the frame I quilted a smaller version of it that our own Liz was kind enough to piece for me. I used a grey Cuddle Dot microfleece on the back with a lovely pink Affinity Mauve variegated thread. It worked out beautifully and I gave it to my niece on her one year old birthday!

If you live in Kentucky, Indiana, or Ohio and receive KET (our local PBS affiliate) you’ll be able to watch this episode this Saturday, Oct. 7, 2017 at 11:30am EST. If you live elsewhere in the country, you’ll want to check your local PBS station’s schedule. If you’ve already seen the episode, let me know what you thought in the comments! We love making the show and hope you’re loving it too! 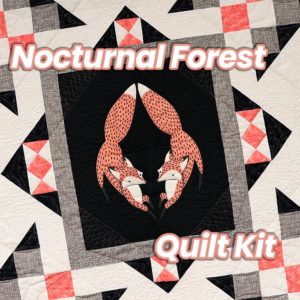 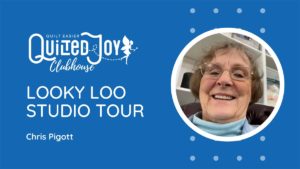 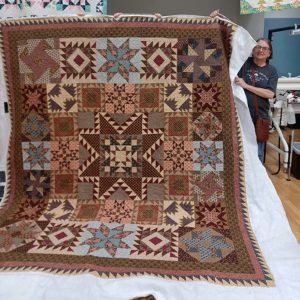