Every Quilt Has a Story 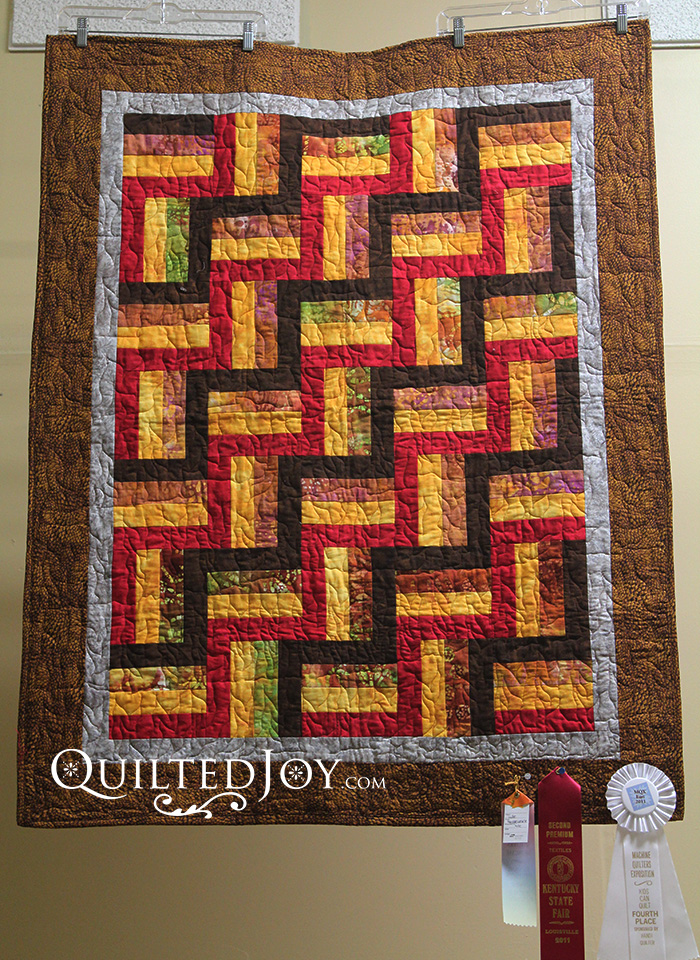 When people visit the showroom for the first time, a few things always catch their eye.  First is all those amazing APQS machines just begging to be played with.  Then, they look up and see all the quilts hanging from the ceiling.  I get asked a lot about those quilts, so here’s a look back at the stories behind the quilts. 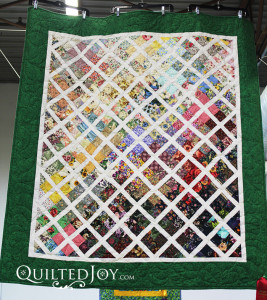 Back in the summer of 2008, I joined a finish five by July challenge, and I’m very proud to say I did finish five of my own quilt tops.  This garden trellis quilt was the first of my five.  It will always remind me of my quilty friends.  The charm squares were a pick me up gift sent by my internet guild, and I pieced the quilt surrounded by friends at my annual retreat. 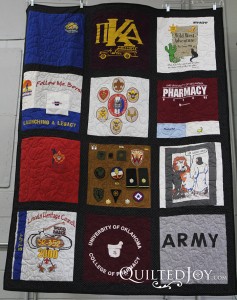 This T-Shirt quilt is particularly special to me.  I made this one for my dad with a bunch of shirts from his closet.  I was able to incorporate some of his Army badges and medals; and I was really pleased with the pocket from his pharmacy lab coat.  It was the perfect size for him to slip the remote into while he was relaxing on the couch watching TV! 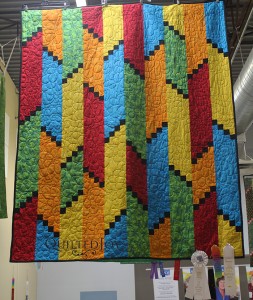 Many of the quilts hanging in the showroom were actually made by my kids; and I’m proud to say most of their quilts have at least one ribbon too!  I hope to one day win as many ribbons as my kids have! 🙂

BirdMan’s Rainbow Escape competed really well in shows across the country.  It was accepted to the MQS show in Kansas City and won ribbons at MQX East and the Kentucky State Fair.  His quilt also made it into the Aug/Sept 2012 issue of Quilt It magazine. 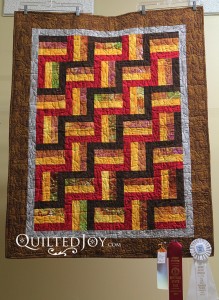 Another kiddo quilt, RocketMan made this one back in 2011.  When my kids would quilt, they would do everything except cut the fabric.  I was always impressed by their creativity and tenacity.  They had no fear, even when making a freehand filler design.  RocketMan won two ribbons for this one – fourth place at MQX East and second at the Kentucky State Fair. 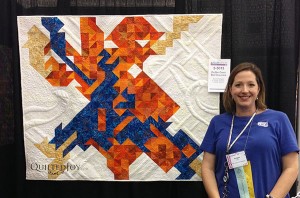 This quilt was quite the challenge!  Sandy, a friend of mine from my online quilt guild, was challenged to make a quilt using only the colors in a Pay Day candy bar wrapper.  The quilting had me stumped for a little while, but I’m so pleased with the end results!  It has been on display at many quilt shows, including the Chattanooga show last year, and I wrote about my design process for the Jan/Feb 2013 issue of Machine Quilting Unlimited. 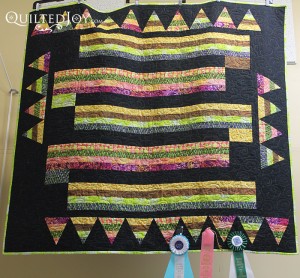 This quilt is an original design by GooseyGirl.  She used a variegated thread that really shows off her quilting and she even hand stitched the binding.  She won three ribbons for this – sixth place at MQX East, third place and MQS, and fourth place at the KY State Fair. 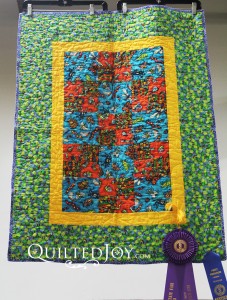 This was the first quilt RocketMan ever made on the longarm.  The fabrics in the center blocks have lots of bugs and fishes.  He won first place AND best of show in the Junior Division at the KY State Fair.  Not bad for his first time! 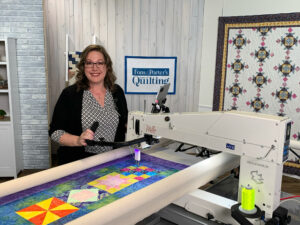 Quilt by Mail at Quilted Joy 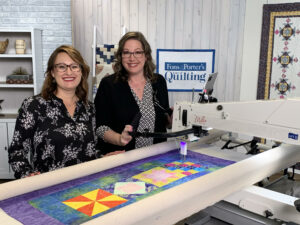 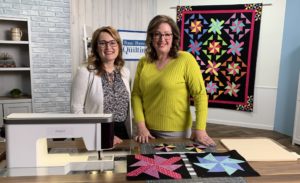